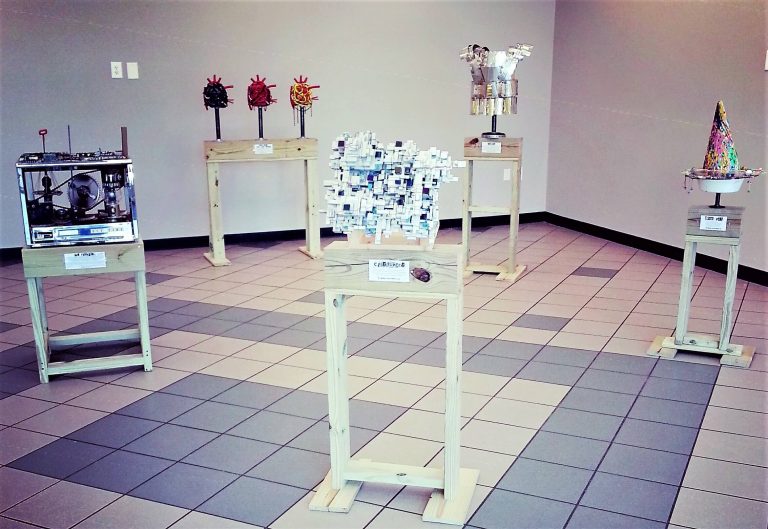 (a picture of "the new normal") 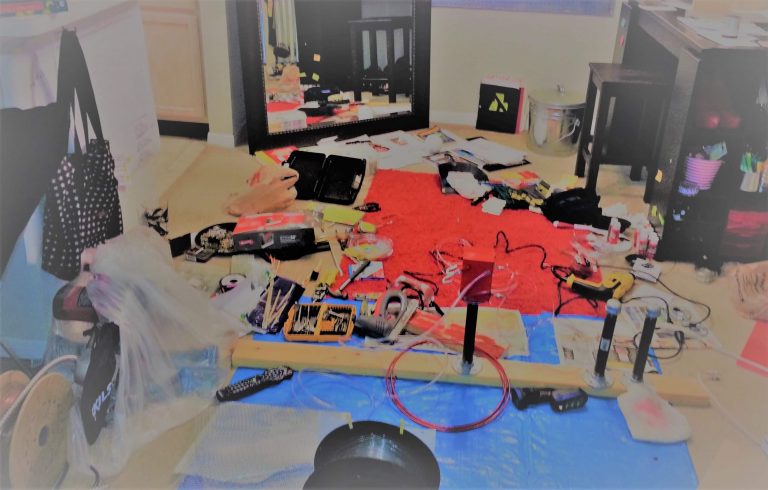 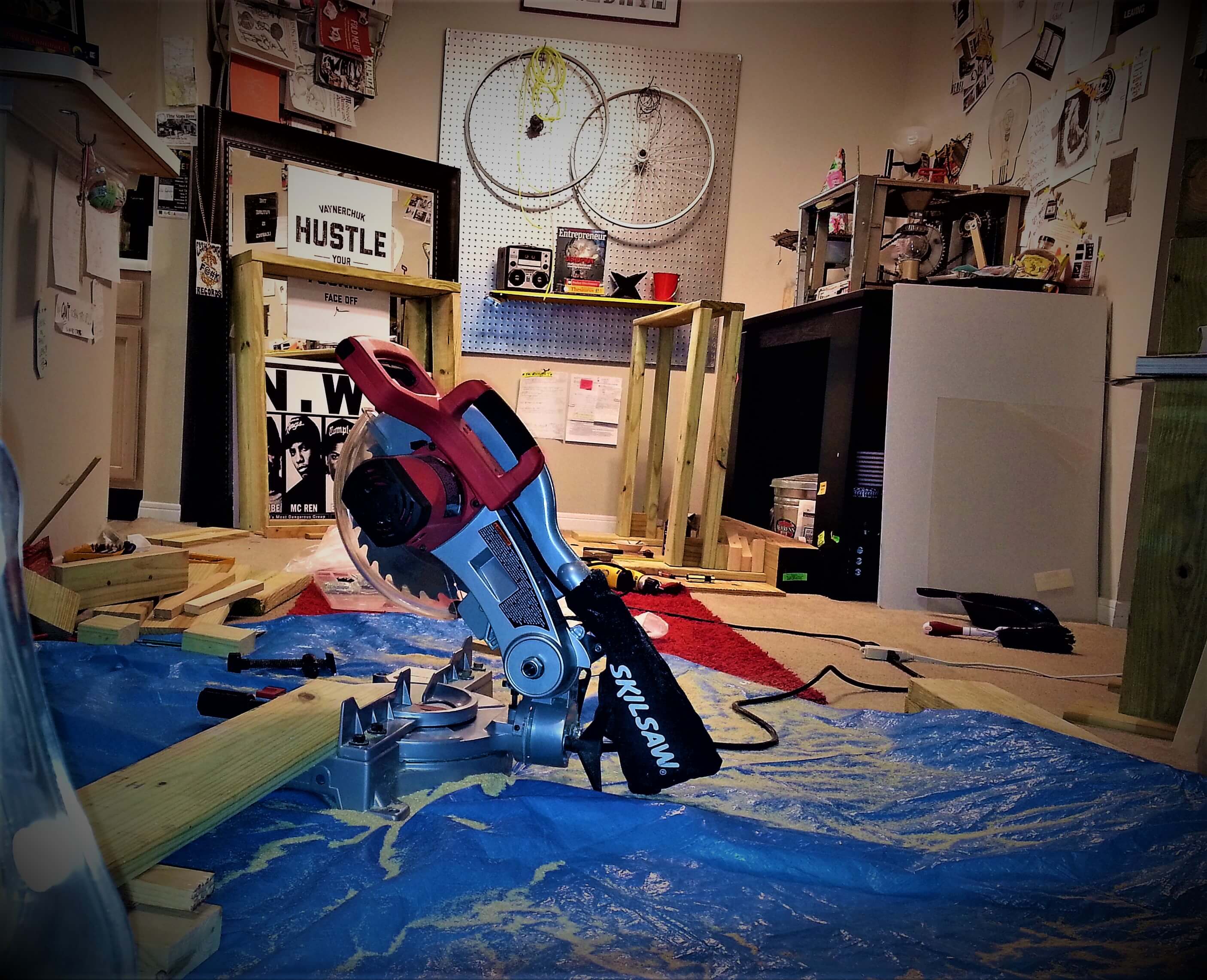 The View from a 14-hour-day: sawdust, sweat, & figure-it-the-hell-out 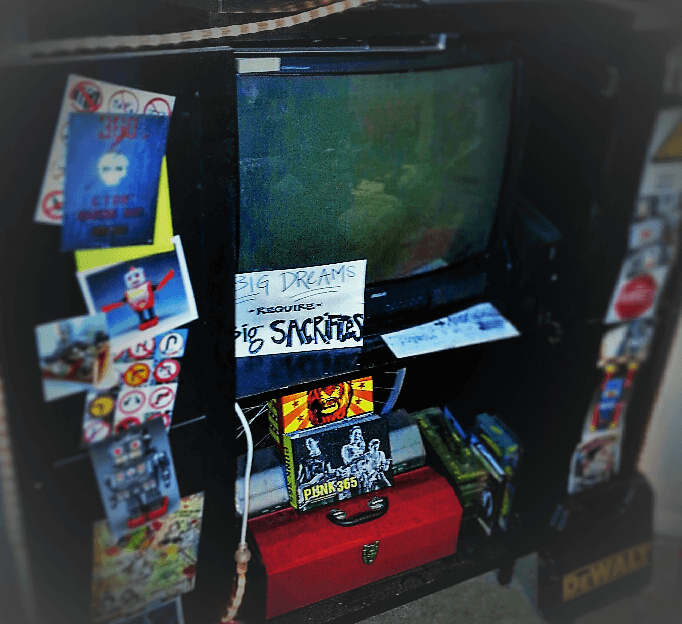 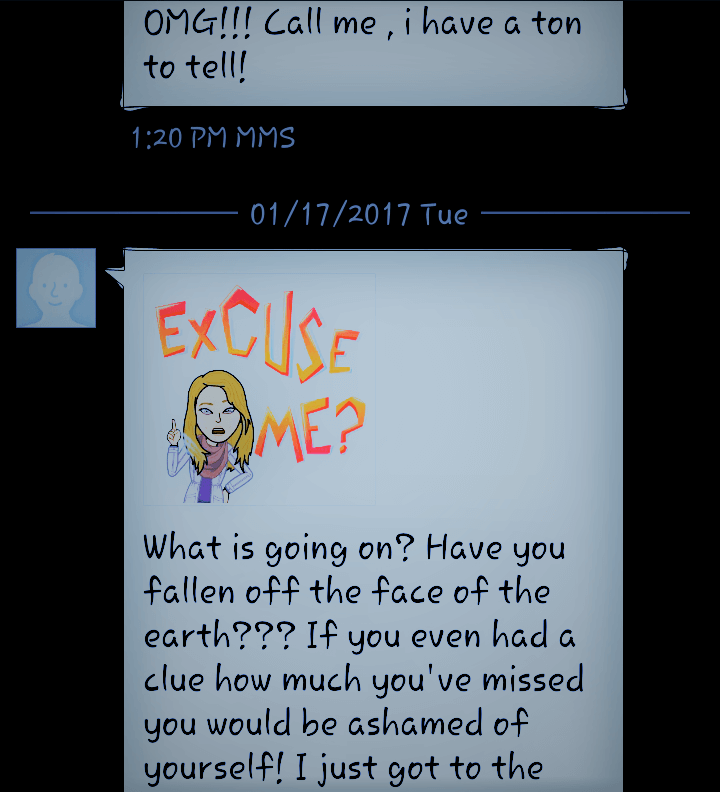 A Friend's Reaction to my new ZERO Social Life Policy 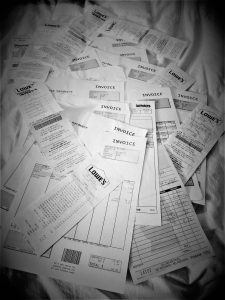 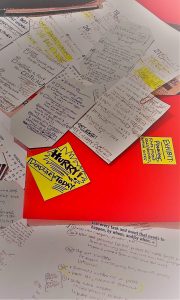 Exhibit Over, "Old Normal" Out

“Are you relieved?? You finally finished your exhibit & your work’s out there now!", a friend asked me the day my exhibit opened. “Actually… No.”

After months— of maniacal planning, creative problem-solving, endless trips to the hardware store, zero social life, hundreds spent in the name of creativity, 14-hour days building (& re-building) art, figuring it the hell out on my own (with no idea  what I was doing), & arranging life around Exhibit #1 with an obsessive fervor— my work was finally done & I’d pulled it off.

I made my kind of artwork, each piece with meaning & a message, and I couldn’t have been happier with how everything turned out. Not to mention, I actually finished this massive undertaking on time, as a first ever  in my life. (Procrastination whaaaaaat??!)

But surprisingly, when the art was done & the exhibit opened, there was no big sigh of relief. Strange as it was, I didn’t feel like I could finally breathe again, now that every day was no longer dictated by this demanding project. I’d just pulled off a big first-ever, but downshifting into "kick back & take it easy mode” was nowhere on my radar.

Instead, I began to sense that this theme of relentless work, strict self-discipline, & sacrifice of the past few months was not  gonna end just because the exhibit had… It dawned on me that, in fact, it probably never  would. The exhibit was over, but the real work had only begun…

I didn’t know it then, but the day I went into head-down work-mode in Jan. 2017, an era had ended. The way things were before would be no more. By April, I had reached a self-induced point of no return. I understood that the only way to the future of my dreams was to forever abandon the “old normal”.

With ambitions as big as mine are, the dream would always  have to come first. Instead of fitting it in,  like I used to, I would have to submit first to it,  from this point forward. And this daily “sacrifice & grind routine” would have to become a way of life  for me if I was ever gonna get there. It wasn’t a temporary state— it was the cost of entry  to the future I wanted… This was the new normal,  &  there would be no turning back.

Is it serving your dreams well, or getting in the way? Moving you forward, or holding you back somehow?

Maybe it’s time to edit your daily routine— because the life you want may not be compatible with your current M.O.

Just remember—when it comes to your future, it’s all up to you, always was, always will be. There are no shortcuts, no free upgrades, & it takes a lot  of dirt to build a dream. And the right  kind of sacrifice won’t take something from you that you don’t really need…

As of June, so far this year — I’ve met the gang for drinks ONE time (vs. several times a week), I’ve had ZERO full days of fun & leisure (vs. 2 a week), & doing what I need  to do (vs. want  to do) dictates my time use EVERY single day… That’s what my “normal” looks like now. And it’s crazy how much ground I’ve made because of it. “Leisure season” is officially over, forever. And I honestly don’t even miss it. There’s ZERO temptation to go back to the old, easy “normal”, because I know now that it costs me something I can’t afford to lose:  my dream.

Sacrifice your “normal”, not your dream.  Which of the two can you stand to lose? There’s always a price to pay. Every choice you make comes at the expense of something. 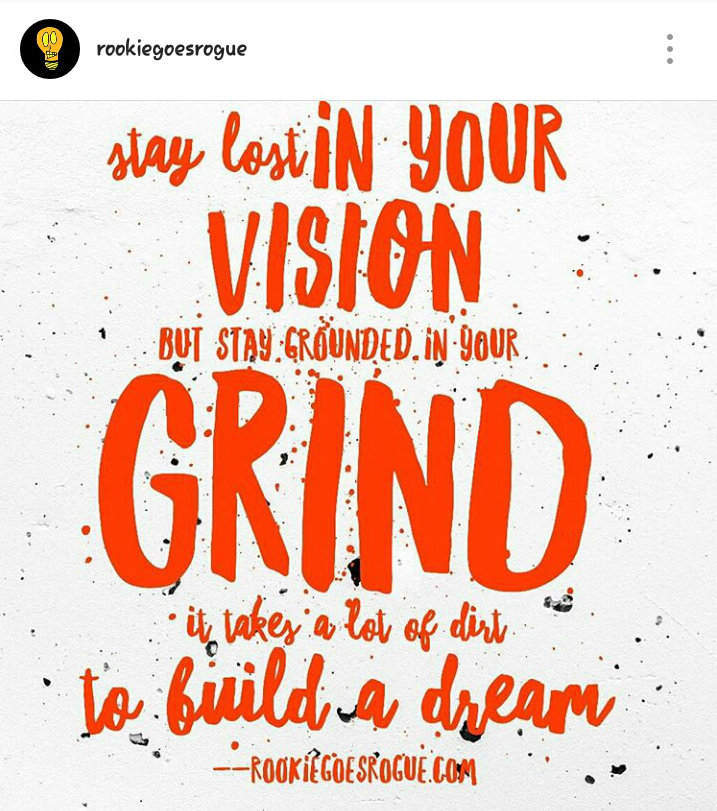 Check This Out Next:

From First Steps To Full Circle