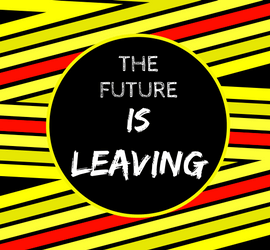 I just retraced the timeline of my journey this year.

Hard to believe that, in less than 3 months, I went from dream-death & stuck in a 7-year rut, to big opportunities & dreams underway.

Sooooo, 7 years of my life I spent “stuck”, waiting for something to push me forward, waiting for “the answer” to be delivered & show me the way out of the career cul-de-sac & on to my dreams. Alllllll those years I wasted. Waiting. On something outside of me  to deliver me closer to where I wanted to be. As if dreams are time-released & it's just that simple??

Of course, I’m beyond grateful for the head-spinning turnaround time & the awe-inspiring shift— I wouldn’t trade the journey of this year for anything. But I am equally as mad, at myself.

A word of advice, don’t do this to yourself.

Your dream will never come to you, until you start to move towards it.

And I know people say that things happen when they’re supposed to, & that may be true, but— who’s to say that my “when it’s supposed to” couldn’t have happened 6 years ago if I had taken action towards it then, & I could be that much further ahead now?

Maybe it could’ve. But I’ll never know, because time doesn’t let you go back, & it won’t wait on you to decide to move forward either. Time will pass regardless of whether you choose to do something with it & use it wisely or not. I did not. And depending on how much time I end up having on Earth, I’ll always know that I shorted myself out of 7 years of it. 7 years I could’ve built so many dreams with, helped other people with, made art with, written with, done who knows what with. The things I missed out on in those 7 years because of my own doing, are part of the reason why I’m now 100% hell-bent on devoting my everything to moving closer to the future that I want to create, never waiting, & never getting in my own way again.

It’s past time for time-wasting. Those years are over for me.

Because there may not be. And that’s a fact. In fact, that’s the only guarantee.

This is my time… And it can be your time too. It’s up to you.

Do it, while you still can.

(You never know how much "now" you have left.)

The clock is ticking, & the future is leaving.

Don’t let it leave you behind,

Get Your Inbox Inspiration Here: