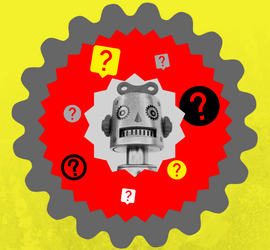 … you can’t afford to “be sure” before you take action.

… your emotions are in the business of betrayal.

… fear is reverse-instructive (you gotta do what scares you).

… the path reveals itself as you go along. You gotta start without seeing the way ahead.

… logic & reason can totally undermine you.

… what’s gotten you ahead before may be holding you back now.

… support & approval should never be a prerequisite for taking action.

… your biggest enemy is one you’ll never escape, but can fully control.

… playing by the rules can lead you right into a rut.

… the education system has conditioned your own internal enemies.

… disappointing others may be the only way forward.

… you don’t need a plan, a map, or a clear destination to get started.

… “motivation” is a crutch. Your future is action-activated.

… the traditional model of success has been overturned in our generation.

… the map that works for everyone else may lead you down a dead end road.

If you didn’t know all that, join the club. I didn’t either.

Not until about 7 months ago, when I started inundating myself with some mind-morphing concepts that challenged a lot of what I’d always known & believed to be true. Crazy how much can change in less than a year. So, what’s the difference now?

In a nutshell, my prior mindset, perspective, knowledge, & patterns had me setup for total dream destruction, and I had NO IDEA, the whole time.

A huge part of my breakthrough (especially in the beginning) was uncovering the HIDDEN TRUTH, the stuff that wasn’t advertised. The stuff they never told me about, that I had to seek out & find out for myself. The snippets above are all snapshots of the newly-discovered knowledge & insight that were critical to my own transformation & my ultimate dream launch.

What I learned helped me tremendously because:

- It exposed the problems that’d caused my 7-year stall-out. It uncovered the hidden dream-killers & progress-inhibitors I was totally unaware of.

- It showed me how to combat those problems, so that I could finally move forward. It gave me the know-how to finally blast through the same wall of frustration I’d hit for so long, which in turn cleared the way for forward progress.

The list above highlights some of what I write about— what I’ve learned, & how I’ve put it into action & made massive progress with the help of it.

So, where did  I get all this good stuff?

From a mix of sources, all well-respected thought leaders & established experts. I learned from them first, then I wrote from my own experience of what they taught me. I pulled inspiration & hope from heroes & brilliant minds in the business of dream-building, people who show others how to cut their own paths when they don’t know how, just like I didn’t at first.

The people whose wisdom I source from are the people that struck the match of hope & cast the first rut-cutting ray of inspiration onto a darkened dying dream. These are the people who showed me how to manufacture hope, until it began to generate itself. Theirs are the words that brainwashed me into believing, when I no longer knew how. Theirs are the messages that convinced me that I could, when I couldn’t see a way. These are the people that I call my heroes. They lead the way for my own breakthrough to my dreams, & without them, I would never be where I am today, much less in a position to share what I’ve learned with you. In essence, they paved the way for me to pave the way for you… From their inspiration to me, & from me to you, I am now passing the torch via my blog, with the ultimate hope that you take it & run. Because it's your turn now. Take the torch & GO ROGUE.

* Ready to Get Unstuck Yourself? Get The Know-How Direct To Your Inbox